Pattern Language is an idea proposed by architect Christopher Alexander for scribing out people’s knowledge. Alexander found repeatedly seen relationships between objects in a beautiful towns and buildings, and decided to call them “patterns”. He suggested collecting these patterns into one collection so it would become a “language” to be shared among people, so that everyone can join in on the building process of houses and towns. This organized format of writing out the context, problem, and solution of practical knowledge is used in many fields – its largest being software design – to enhance the creativity of people. 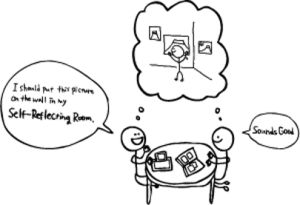 > Words for a Journey Project

Dementia Friendly Japan Initiative is the network for causing actions to challenge around dementia and to think about the future beyond sectors such as companies, governments and NPOs.